A Short History of the House

The Ryrie home circa 1854 overlooks Victoria’s first vineyard and remains today as the social centre of the Yarra Valley. Now Chateau Yering, the property provides you time and space to breathe, reflect and relax. You are invited to enjoy heritage gardens, café, restaurant and event venues all day, every day as a hotel guest, visitor or local resident.

In 1837 brothers William, Donald and James Ryrie, accompanied by four convict stockmen, set out from Monaro in NSW driving 250 head of stock eventually arriving in the Yarra Valley where they settled at the current location of Yering, the aboriginal name for the area.

Significantly for the future of the Yarra Valley, accompanying the Ryries were vine cuttings which were planted at Yering and resulted in Victoria’s first vintage in 1845. By 1850 over an acre of vines was in full production and when Paul de Castella called to discuss the purchase of Yering Station, Donald Ryrie was able to welcome him with his own wine labelled with ironic overstatement as “Chateau Yering”. After purchasing the property de Castella contracted the services of Samuel de Pury, one of a large group of immigrants originating from around Neuchatel in Switzerland, to assist in a significant expansion in the vineyard.

He was later joined in developing the area by Samuel de Pury’s brother Guillame who founded Yeringberg and Paul de Castella’s brother Hubert who founded St Huberts in the early 1860’s, both properties having previously been part of Yering Station.

All three vineyards were very successful with Yering winning the Argus Gold Cup and 100 guineas prize as the “Best Victorian Vineyard” in 1861. International awards for all three vineyards followed in later years. The pinnacle of Paul de Castella’s success was reached in 1889 at the Paris Exhibition where Yering was awarded a “Grand Prix” – the only one awarded outside the Northern Hemisphere.

In the late 1890’s, after an economic depression, fashion began to change and table wines suffered a significant decline in demand. One by one the vineyards pulled out their vines and the properties were converted to cattle runs, particularly dairying. Paul de Castella sold Chateau Yering in 1896 and concentrated on managing his Melbourne chain of wine cellars until his death in 1903. The rebirth of the Yarra Valley vineyards did not eventuate until the late 1960’s

At the time of Paul de Castella’s purchase of the property there had already been two dwellings constructed on the site, an original bush hut which was later replaced by a more substantial timber building, both of which were constructed by the Ryries.

Both William and James Ryrie returned to NSW leaving Donald Ryrie to manage the cattle runs which originally extended to 17,400 hectares, covering almost the entire Yarra Valley including two outstations north of the Yarra at Tarrawarra and Dalry.

Donald Ryrie continued in occupation until the sale to Paul de Castella in 1850.

Paul de Castella lived in Ryrie’s house until the present mansion was constructed in 1854. Hubert de Castella described how hand-made bricks were accumulated on site and expensive fittings such as the marble fire surrounds and cedar timbers from NSW were brought by bullock cart from Melbourne.

The house became the social centre of the Yarra Valley. Contemporary descriptions involve parties of socialites travelling from Melbourne for weekends which included musical sessions on the piano which had been brought overland for the purpose.

The original house remains intact in plan form although some alterations have occurred over the years to individual rooms. The main entrance of the house was originally at the rear approximately where the entrance to the Bar from the Sweetwater Cafe now exists. The Library, Chinese Room and Lounge are in their 1854 form with original fittings, Australian Cedar window, jambs and doors, substantially as they were in de Castella’s day.

Eleonore’s Restaurant is partly the original Dining Room which was connected to the main house by a passage way. This was later extended and widened into what is now the Blue Drawing Room.

The cellar pre-dates the house having been constructed in the 1840s and then extended in the 1850s.

The gardens were originally laid out in simple form by Donald Ryrie. They were later extended by Paul de Castella with the assistance of his good friend Baron von Mueller (a world-renowned Botanist) who, among his many other achievements, founded the Royal Botanic Gardens in Melbourne.

Baron von Mueller was responsible for planting the Chilean Wine Palm (Jubaea Chilensis) immediately behind the house in 1867. This magnificent tree is now classified by the National Trust. The two Bunya Pines (from Queensland) in the front garden were also planted about this time and are recorded on the Register of Significant Trees of Victoria. Both the house and garden are listed for protection by Heritage Victoria.

A description of the property was published in the Australian Vigneron in 1899 which gives the flavour of how the property had developed over the previous fifty years:

“We recently had the pleasure of visiting the Chateau Yering Estate, at Yarra Glen. This vineyard which is one of the oldest in the colony, originally belonged to Mr Paul de Castella, who has been connected with the wine industry in Victoria for so many years. The view obtained from the Chateau would be difficult to surpass in any country: the surrounding hills are covered with native forest trees, and the course of the (Yarra) river is easily followed by observing the rows of wattle growing on the banks. The Chateau is a substantial building, surrounded by a 15 foot verandah. On entering one is struck by the loftiness of the rooms, and the handsome fittings and decorations which equal those to be found in an old English home. The Chateau is approached by an avenue of elm trees over half a mile long. Mr de Castella was noted for his hospitality, and most of the Governors and visitors of note in the early days have been royally entertained there.” 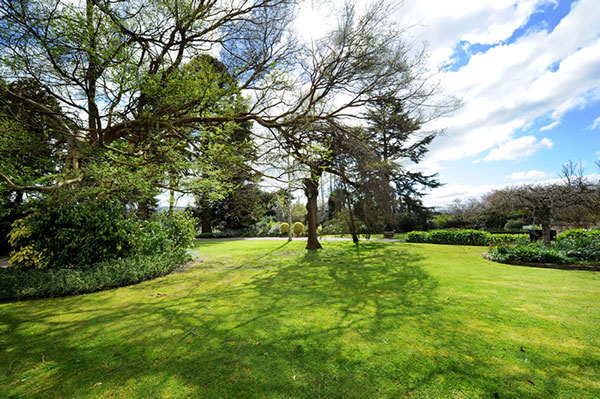 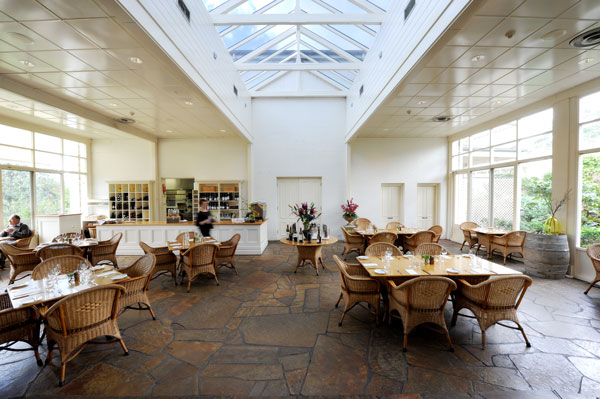 After being sold by Paul de Castella in 1896 the property passed through a series of owners being sold a number of times in quick succession. The Australian Vigneron in 1899 had concluded its feature article as follows:

“The wines of Chateau Yering have rendered its name historical in the annals of Victorian viticulture and that they may continue to flourish is our hearty wish.”

This was not to be. In 1907 portions of Chateau Yering together with the entire St Huberts estate and Green Point estate (now Domaine Chandon) were sold. Whilst the sale notice noted the continued existence of about 300 acres of healthy full-bearing vines the emphasis in the auction notice was on its potential for grazing activities.

Five years later the property was again sold being described as “The Historic Chateau Yering”, and by this time the estate was described as:

One of the earliest established and richest farms in the district and one of the most beautiful and conveniently situated country residences around Melbourne.”

The property continued to be run as a farm under different owners including Joseph Timms and, later, the Gibson family who purchased the property in 1927 and sold it in 1943 to Mr I.M.Sullivan. The property was owned by Mr Sullivan and his heirs until it was sold to Len Milner in early 1996 (refer subsequent section on the development of the accommodation, event and restaurant venues under ownership). The adjoining property Yering Station Winery, which included the old winery buildings and vineyard (re-planted 1988), was sold separately to brothers Doug and Graham Rathbone.

2019 marks the beginning of a new era for Chateau Yering.

Well-known Chinese Architect and local resident Max Zhang purchased the property with ongoing commitment to continue to preserve the property’s history and splendour while also incorporating a touch of modern style and local relevance.

This new era marked indelibly with an updated brand for the property. Maintaining motif assures of a commitment to history and tradition, The colour, ‘merlot red’, links in with the obvious theme of the region… wine. The brand font is bold to reflect strength and opulence. Finally, the introduction of ‘Yarra Valley’ in script respects sense of place, regional cooperation and an elegant salute to having fun.

Being locally based in the Yarra Valley and appreciating the history and significance of Chateau Yering it appeared to them that the property was very suitable for development as a Country House Hotel.

In designing the interiors, particularly with the selection of appropriate colours and finishes, Elly Milner was determined that the hotel reflect its heritage. She searched extensively both in Australia and overseas for suitable antique furniture and fittings.

She also considered it very important that the new buildings blend seamlessly with the existing structures and that the development have an integrated period ambience.
All of the bedrooms have been individually decorated with antique furniture, antique works of art and fine fabrics.

Facilities now include Eleonore’s Restaurant which is situated in a conservatory style extension to the dining room and is furnished with comfortable high back chairs, ornate plaster cornices and ceiling roses decorated with gold leaf and antique brass light fittings. This room overlooks one of the finest rural vistas in Victoria and offers contemporary cuisine. The wine list features a comprehensive selection of Yarra Valley wines.

The Sweetwater Cafe, a breath-taking atrium with lovely outdoor views to the garden, is a less formal venue connecting the old mansion with the new wing.

There are 32 accommodation options consisting of 16 Mountain Suites, 6 Garden Suites, 6 Yarra Suites, 3 Four-Poster Stable Suites ( situated in the old stable block) and the Yering Suite, which occupies pride-of-place on the upper floor, with its own private staircase.

The Hotel is situated on 250 acres of land with a 2.7 kilometre frontage to the Yarra river. It enjoys spectacular views across the Yarra Valley to the Great Dividing Range and is very conveniently located approximately one hour’s drive north east of Melbourne and about the same to the International Airport.

The Heritage listed gardens have already undergone significant rejuvenation which included the restoration of the antique bronze crane which is the centrepiece of the formal front garden. Future years will see ongoing work to extend and restore the gardens to the rear of the property including a walking/jogging track around the river to Yarra Glen and picnic facilities along the river.

The elegant interior design of Chateau Yering’s guest areas and suites is a stunning expression of a unique vision. Chateau Yering’s interior designer, Elly Milner, was faced with the challenge of creating an ambience reflective of a more elegant time balanced with the requirements of a modern and efficient five-star hotel. To realize her design concepts and vision she sourced fabrics, furnishings, furniture and exquisite objet d’art from Europe and the U.K. The textures, colours and lighting within Chateau Yering are subdued and sumptuous, setting a mood of refinement and indulgence. 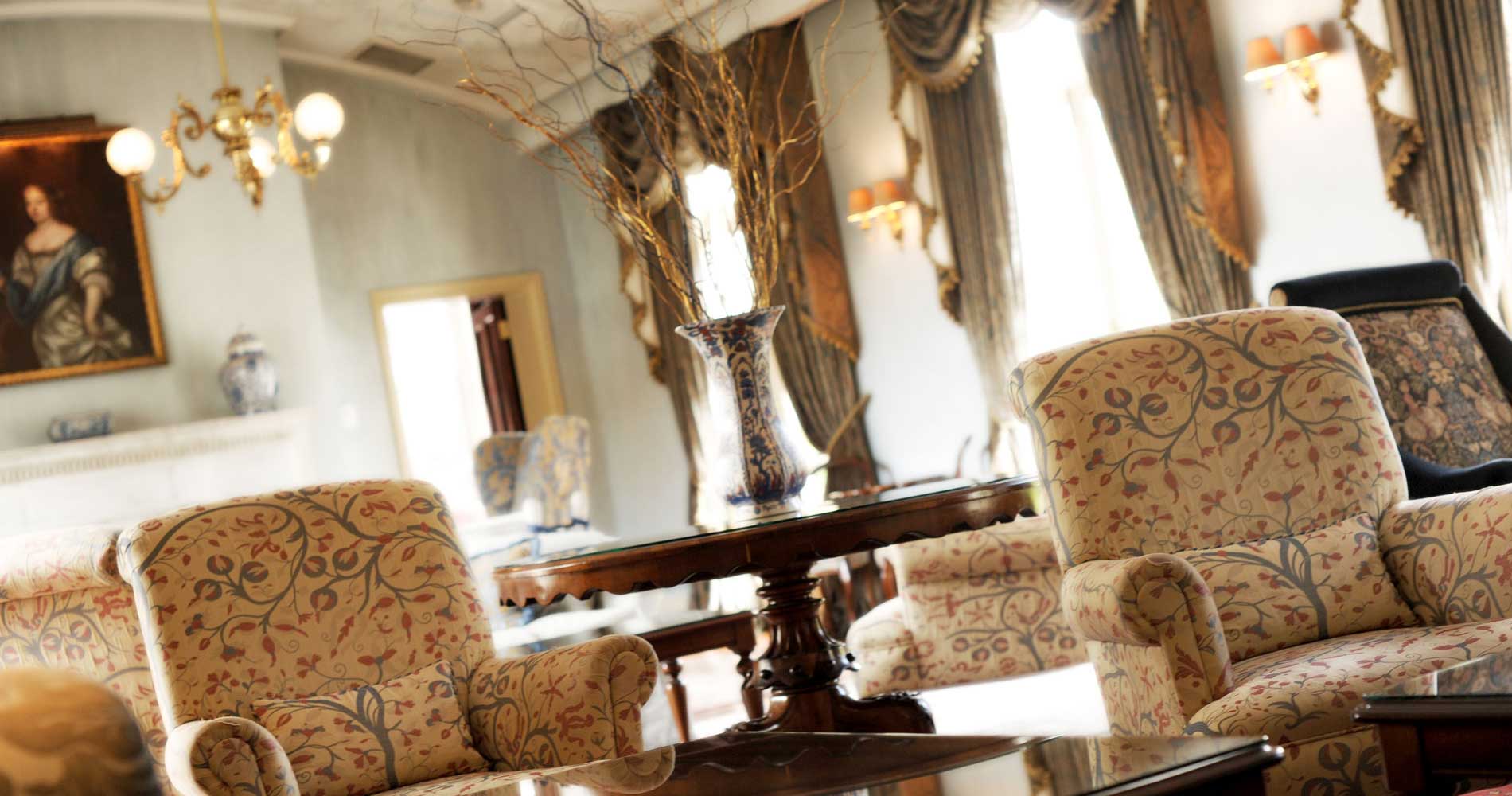